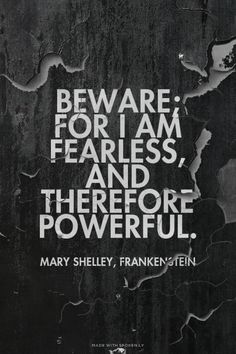 On Saturday, I completed race 46 of my goal 46 in 2016.  The Ragnar Trail Run is a three loop trail race, completed with a team of 8 with each runner completing all three loops, and in this case it meant covering about 15 miles over the course of however long it takes one’s team to complete the circuit.  Except my team was short runners…and half way through, we had an injury.

I’m a street runner.  I’m an obstacle course fan.  Elevation gains and long distances arent my thing.  Coming down that last trail – the longest, highest elevation – running, running, running…almost unable to stop, with quads screaming to stop and yet not being able to – it was a feeling like I’ve never had, truly something alluding to what I have to believe hell must be like.  Being Ragnar, and being the last runner, as I came to the transition area to complete the race, my team joined me to cross the finish line together.  It was an amazing, awesome conclusion to the race, but a fantastic way to mark the completion of my 46 race goal.

These were folks I had met only for the race.  I didn’t know any of them.  Not one.  I responded to a Facebook post looking for team members.  Their only interest in me was that I was filling a slot that would have otherwise gone unfilled.

And, yet, by the time we crossed the line together, this was their goal too.  It was important to them that they were a part of this for me.  I heard them talk with pride about the fact this was my 46th race on the year.  I kept the bib.  It was important to me, and it was important them.  That meant so much to me that over 28 hours,  we went from strangers to friends bonded by the completion of a goal.

It was a powerful experience; not just the completion of my original goal, but how these strangers came together to care about my goal.  Years from now, I will look back at 2016 and I will remember this experience fondly.

This year has helped me be fearless about setting goals.  Fearless of taking on unknown challenges.  Fearless about pushing myself for more, to be better, to compete in the unknown.  And this has made me powerful.  I’ve taken chances.  I’ve lept from safety and pulled the ripcord, not knowing where I would land.

I honestly thought it would be more difficult to accomplish than it was, but as I look back I realize I’ve relied upon my old friends, stepped out of my comfort zone and met new friends, and have joined strangers who have become friends.  It’s been a fantastic year and I can’t wait to see what the rest of the year holds.

I met one person in March by happenstance who has become a solid race buddy.  I met another guy who responded to my call to join our Ragnar Relay team with whom I’ve now run a couple of other races and recorded our #Kill22 pushups together at the Providence City Hall. I jumped into a pool of ice water in the middle of February just because I was asked to, to raise money for a kids’ camp.

Beware I am fearless and therefore powerful.